The Thüringer Aufbaubank (TAB), headquartered in Erfurt, Germany, is the development bank of the Free State of Thuringia. Since its foundation in 1992, TAB has been supporting a wide variety of projects in business and agriculture, start-ups and research institutions. It provides financial resources to municipalities for the construction or renovation of schools and roads, among other things, and allocates funds for nature conservation projects and public infrastructure. In short: TAB’s customers have a vision, and the Aufbaubank supports them in achieving it.

In 2003, bm|t was founded as a universal holding company for Thuringia. It is a subsidiary of the Thüringer Aufbaubank and today manages assets of 250 million euros. From its original 5 employees, TAB has grown to over 400, who today work on 60 development programs.

The recent history of TAB is one in which many people will find themselves. When the Corona pandemic took hold in the spring of 2020, a company that had previously had little to nothing to do with remote work suddenly found itself in the home office. That changed things. “Basically, working was possible, and the VPN solution set up at short notice was great for this,” says Nico Kutschke, Team Leader IT Services at TAB. “However, the accessibility of colleagues was severely restricted and was mostly limited to mails and telephone. Meetings were limited to the most necessary and high-priority topics. The rest of the topics fell short and the daily work routine was made much more difficult.”

This lack of meetings was a serious setback and a major obstacle because TAB employees place a high value on “an open, respectful, and honest culture of discussion.” They were used to being in conversation, holding meetings on-site in meeting rooms. A reliable, secure and straightforward solution that would also allow them to hold them online had to be found as quickly as possible. “Actually, we had been looking for a way to pull such a solution out of a hat ourselves. Initially, we were talking about hosting and operating Jitsi ourselves. However, it quickly became clear to us that this would be a mammoth task and that we lacked both the know-how and the time,” says Nico Kutschke.

The open source video conferencing platform Jitsi in combination with a SIP gateway for telephone dial-in was the technical solution of choice. Users have access from virtually any device, HD video and voice run smoothly even in larger groups. Screen sharing and collaborative document editing are readily available. Other comparable technical options were ruled out by the TAB IT team “due to data protection issues, high costs, insane licensing models, or complicated integration.”

That NETWAYS would become the partner of choice for hosting and operating Jitsi was just as quickly clear once they found each other. “NETWAYS made a very competent impression, which was confirmed,” says Kutschke. “Committed, fair and methodical. And the focus on open source and the offer to run Jitsi as IaaS are very lucrative.” All Jitsi instances at NETWAYS are located completely securely, spread across two ISO-certified data centers in Germany. Application setup and launch are possible within minutes. NETWAYS won TAB’s trust, he says, primarily because of the high level of commitment and initiative shown by its employees. “Mr. Mimietz and Mr. Rothlauf made worlds of difference.” The implementation process then “almost happened on its own. We only had to do minimal additional work.”

This gave and still gives Kutschke and his team enough time and freedom to concentrate on other important tasks, such as the ongoing operation of the rest of the infrastructure and enabling employees to work on the move at all with the help of remote access, terminal servers and VPN

Jitsi is now strongly integrated into the daily work routine of the Thüringer Aufbaubank. Almost all meetings take place in it. In addition to regular meetings, divisional meetings, crisis teams and management meetings are also held via Jitsi. This is also noticeable in the reduced utilization of the meeting rooms. Equally pleasing: thanks to video conferencing with Jitsi, external communication has actually improved significantly.

“I hardly ever invite people to face-to-face meetings anymore,” says Nico Kutschke, who is pleased that online coordination also works very well and that employees in the home office are optimally integrated thanks to Jitsi. Visions can also be communicated and advanced very well via video – securely, cost-effectively and without complications. 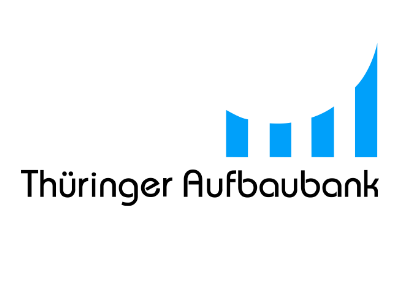