docjo GmbH is a subsidiary of docdok.health AG, located in Switzerland, which specializes in the development of digital health applications (DiGA) for the German market. Their goal: apply the power of patient-generated data to enable and deliver personalized healthcare solutions.

docdok.health is the Netflix of healthcare. After their founding in 2017, they were selected in 2018 as one of the 40 most promising healthtech companies in Europe.

Honorable nominations followed. Among them the Innosuisse grant from the Swiss government to partner with IBM to build an innovative digital tracking program for COPD and asthma patients, a partnership with Sheba Medical Center in Israel, and in 2020, the selection as one of the top 50 startups in which to invest in 2020 by Swiss economy magazine Bilan followed by an investment from AstraZeneca.

In February 2021, docdok.health partnered with the leading German Medical Association, SpiFa to deliver a digital therapeutics solution. Just recently, the company developed an app to document the effectiveness and side effects of COVID-19 vaccinations in Germany in collaboration with SpiFa and Difa, the German Institute for Specialized Health Services Research.

In 2020, docjo was looking for a new technical partner, a company that could build and operate the infrastructure for the development and deployment of their apps and adapt this environment to new needs and projects. Developing apps for the German market there was an inevitable precondition: „One of the important requirements was the GDPR compliance and the location,“ says Eitan Arat, CTO at docdok.health. Eitan manages the company’s digital infrastructure as well as the research and development team.

„We believe every patient should have access to their doctor when they need it and that health professionals should be able to understand their patient’s health journey wholistically, not sporadically,” describes Eitan the vision of docjo. „Our mission is to redefine and improve doctor-patient communication via the combined use of real-world data analytics and telemedicine.“ To achieve this, docjo establishes partnerships with top hospitals, medical associations, as well as pharmaceutical and technology companies.

docjo was not only looking for an IaaS and SaaS provider but a close cooperation, „a partner that will act as a part of our team to build and maintain applications from scratch.” Someone who is able to understand and accompany their technical journey wholistically. „After negotiation with few companies, we couldn’t find a solution that will cover all our needs. Till we found NETWAYS, where immediately from the first call we got a good service and a great cooperation.“

A great benefit of NETWAYS Web Services is their high security standards including GDPR compliance. All components of NWS infrastructures run in two ISO-27001 certified data centers located in Nuremberg, Germany. Security cannot be valued highly enough – that is for sure. But secure infrastructure alone does not make a project a success.

„NETWAYS allocated a great person named Gabriel who became very soon our colleague in the team,“ says Eitan. „Together we set all the requirements for building applications from scratch including web and server CI/CD with monitoring.“

As MyEngineer, Gabriel was in direct contact with docjo’s software developers from November 2020 and built CI/CD pipelines in GitLab for them according to their wishes and integrated these CI/CD pipelines with Kubernetes and OpenStack. Through this integration, code changes can now be rolled out from GitLab, across multiple testing stages, all the way to production.

In the beginning, from November 2020 to January 2021, Gabriel, Eitan and his team were in particularly close contact. Daily video conferences with Jitsi and a Rocket.Chat channel hosted at NWS facilitated collaboration. „That allowed us to move things along quickly,“ says Gabriel. docjo had a tight schedule, so NWS completely blocked Gabriel and released him for this client. „Their ideas were clear, structured,“ he remembers. „They knew exactly what they wanted.“ Within weeks he built a first setup with GitLab as the central tool and automated many processes, integrated the ticketing system JIRA, wrote CI/CD jobs, built pipelines, gradually integrated tests.

In total, docjo now has three standalone setups running at NETWAYS Web Services, all of which follow the same schema and rely respectively on GitLab, Managed Kubernetes, and NETWAYS Cloud Services based on OpenStack. Four joint projects, where Eitan with his team built back-end servers, and Gabriel designed the pipelines have been successfully brought to life since then. From these various apps emerged that are live already.

The developers at docjo can now work with their setups independently. If there are any problems, they contact Gabriel at NWS, who looks at it and helps with pleasure.

„The corporation yields great results due to flexibility and the willingness of both sides to learn and overcome any obstacles on the way,“ resumes Eitan, CTO at docjo.

This project is about this: making a change and creating solutions that will assist to patients and improve the digital healthcare world. But it is also about that: “I like in my job the challenges of building a team, achieve extensive goals and overcome obstacles,” Eitan says. “In addition, create products from scratch with NETWAYS was a great and professional experience and a big advantage I found in my daily work. To see our products used widely and really helping patients, and having fun on the way, this is for me as a success.” 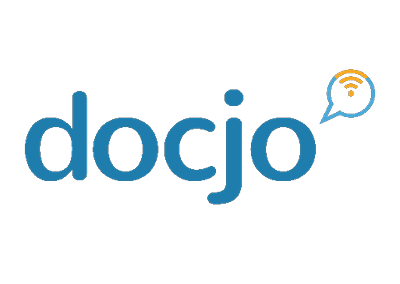