As of this week, our customers can use the “node group feature” for their NWS Managed Kubernetes Cluster plan. What are node groups and what can I do with them? Our seventh blog post in the series explains this and more.

What are Node Groups?

With node groups, it is possible to create several Kubernetes node groups and manage them independently of each other. A node group describes a number of virtual machines that have various attributes as a group. Essentially, it determines which flavour – i.e. which VM-Model – is to be used within this group. However, other attributes can also be selected. Each node group can be scaled vertically at any time independently of the others.

Node groups are suitable for executing pods on specific nodes. For example, it is possible to define a group with the “availability zone” attribute. In addition to the already existing “default-nodegroup”, which distributes the nodes relatively arbitrarily across all availability zones. Further node groups can be created, each of which is explicitly started in only one availability zone. Within the Kubernetes cluster, you can divide your pods into the corresponding availability zones or node groups. 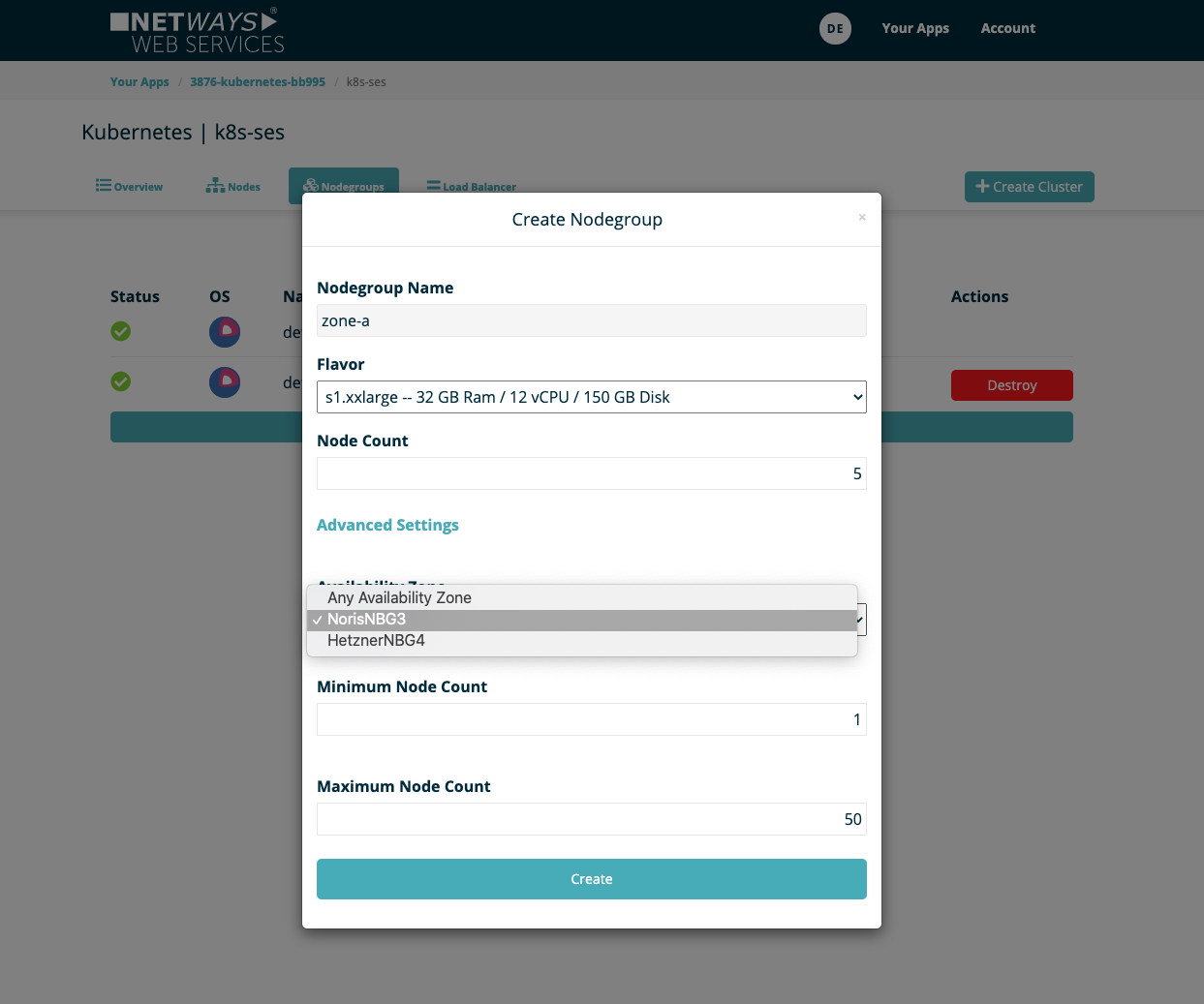 A new nodegroup can be created via the ‘Create Nodegroup’ dialogue with the following options:

The last two options are particularly decisive for AutoScaling and therefore limit the automatic mechanism.

You will then see the new node group in the overview. Provisioning the nodes takes only a few minutes. The number of each group can also be individually changed or removed at any time.

Within the Kubernetes cluster, you can see your new nodes after they have been provisioned and are ready for use.

Deployments or pods can be assigned to nodes or groups with the help of the nodeSelectors:

Would you like to see for yourself how easy a Managed Kubernetes plan is at NWS? Then try it out right now at: https://nws.netways.de/de/kubernetes/