Depending on the type of production, it may be worthwhile for some server operators to automatically create virtual machines for a certain period of time and – after the work is done – to delete them again just as automatically; for example, if a computing job with their own hardware would take longer than is acceptable. Our cloud is happy to take care of this for you – even if it involves resources other than processors.

In this example, I will go over the first steps regarding this scenario, how to speak against the API of our OpenStack platform using Linux CLI.
To do this, you need an OpenStack client on the host running the scaling. On Ubuntu, for example, this would be the package python-openstackclient .
Next, the project-specific “OpenStack RC File v3” from the OpenStack WebUI is necessary. This file can be downloaded after logging into the project via the drop-down menu with one’s own project ID at the top right.

You source the file, therefore the client also knows which project to talk to against the API – requires password entry:
source XXXX-openstack-XXXXX-openrc.sh

In order to be able to set the options to be passed on for the start of a new instance, it is now possible to search for values (UUID; except for the key pair) for these, decide on the correct ones and note them:

Then the instance can already be started – if there is more than one value to be passed per option, list the option several times with one value each, the instance or server name last:
openstack server create --image $imID --flavor $flID --network $nID --security-group $sgID --key-name $Name $Servername

Ta-da, the VM is ready and willing to make its contribution to the day-to-day business.
If you would like to have more than one machine, z. B. three , additionally give these options in front of the server name:
--min 3 --max 3

As I said, it is a good idea to include the Create, Compute and Delete commands in a script. If your own bash skills are not enough for you, you are welcome to contact our MyEngineers . The interposition of a load balancer is also not a problem here. 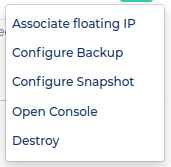 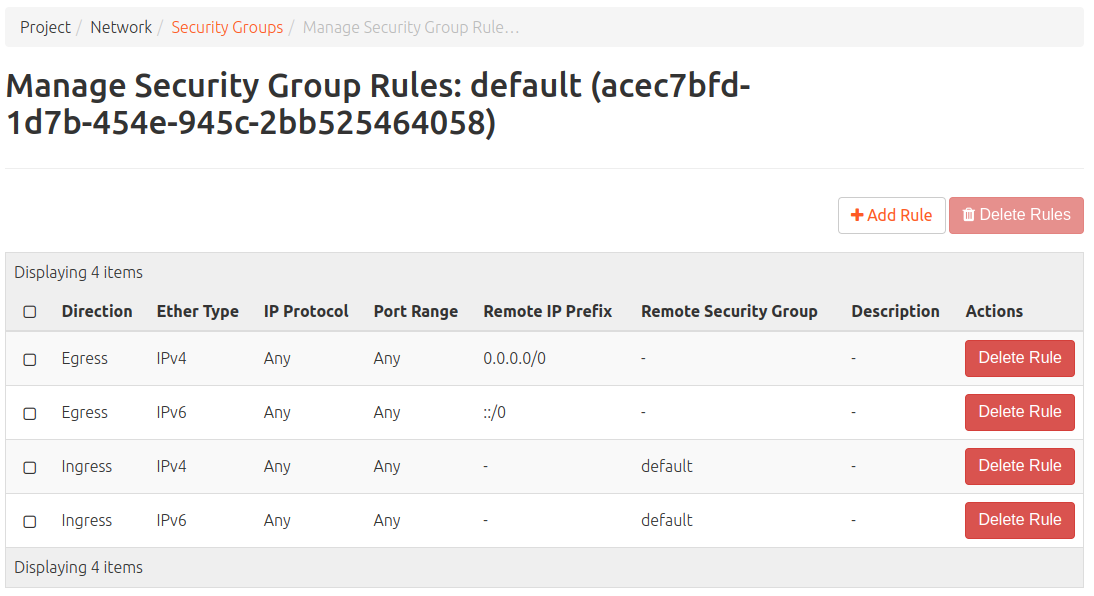 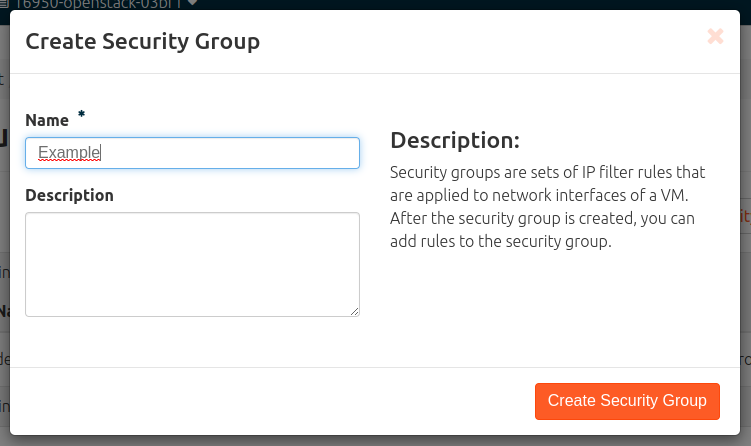 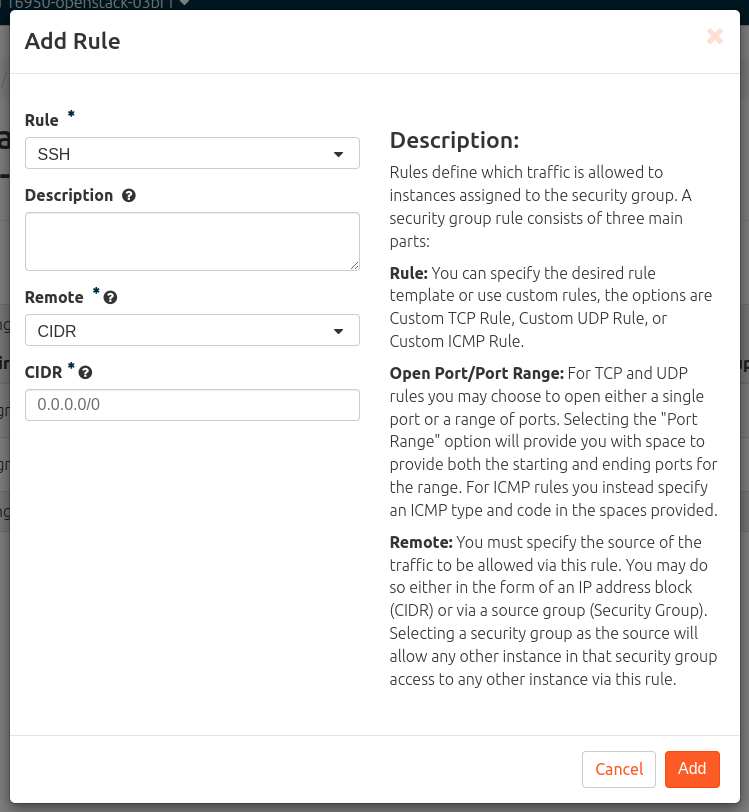 Assign a new security group to a VM 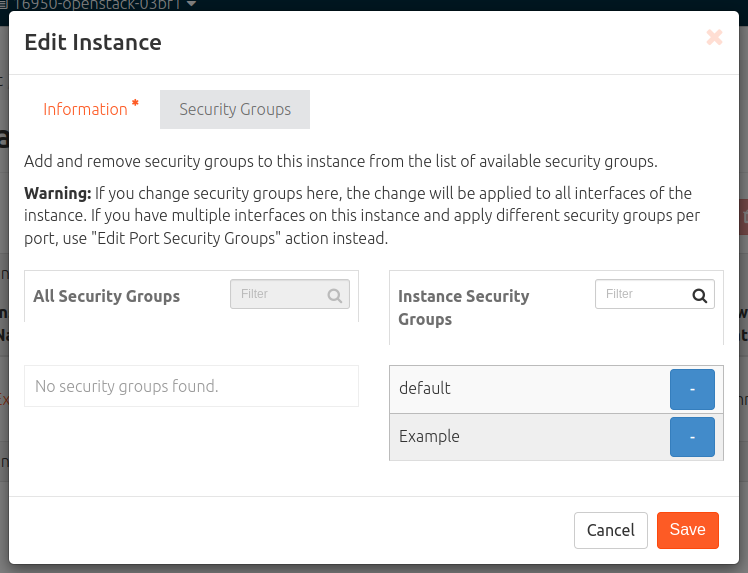 Create ICMP reachability from external as a rule 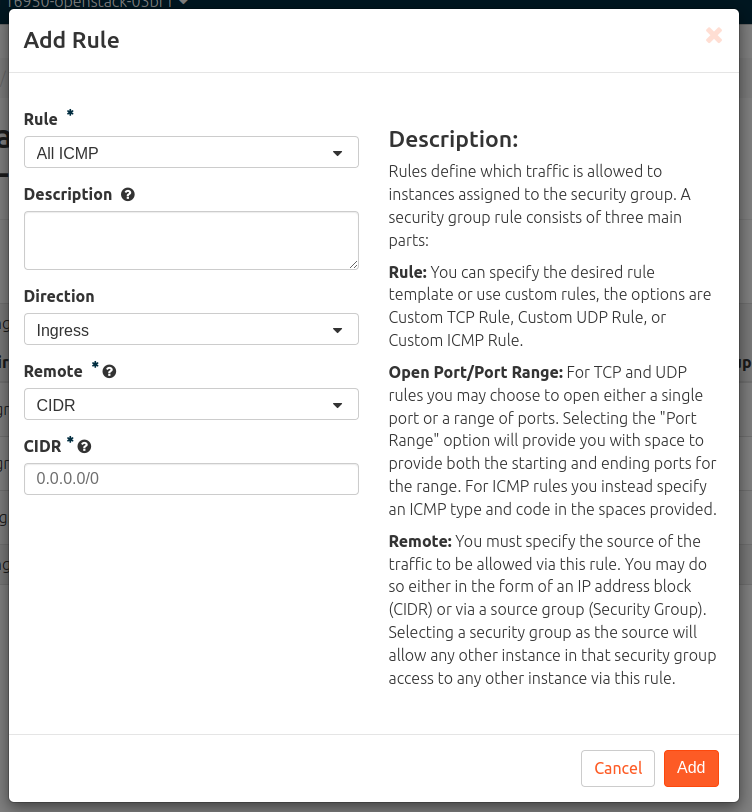 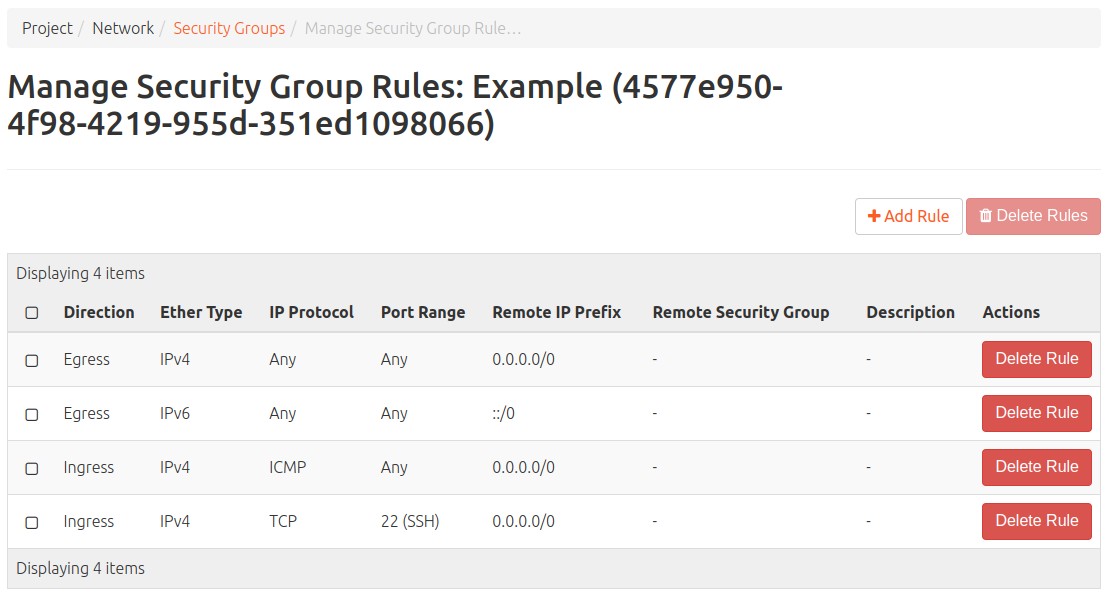 A rule for HTTP / HTTPS, for example, or the following also works in the same way 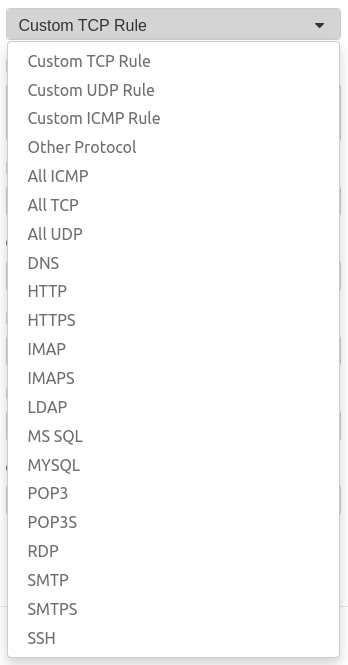 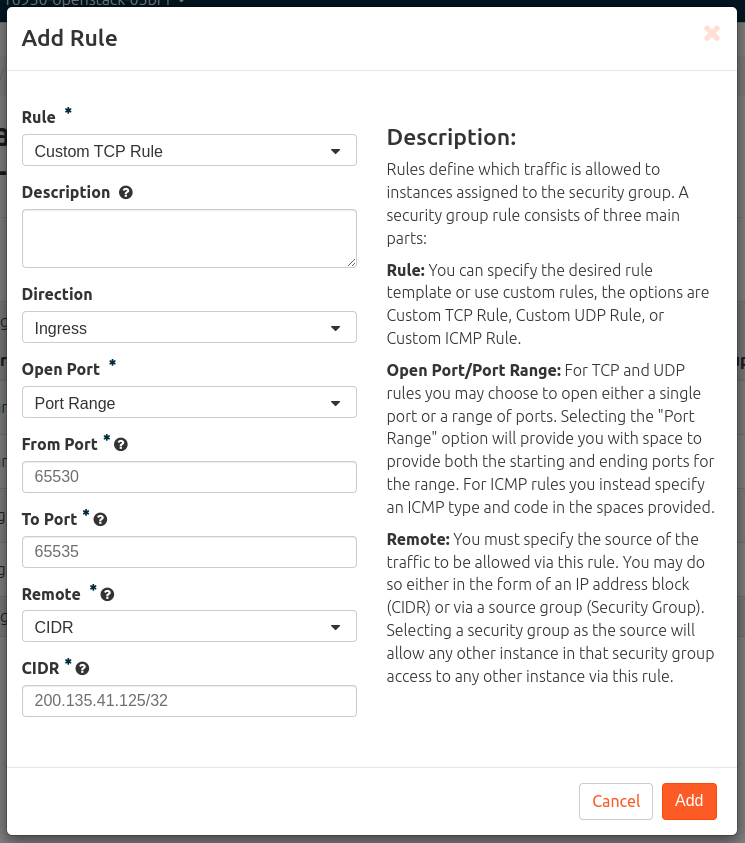 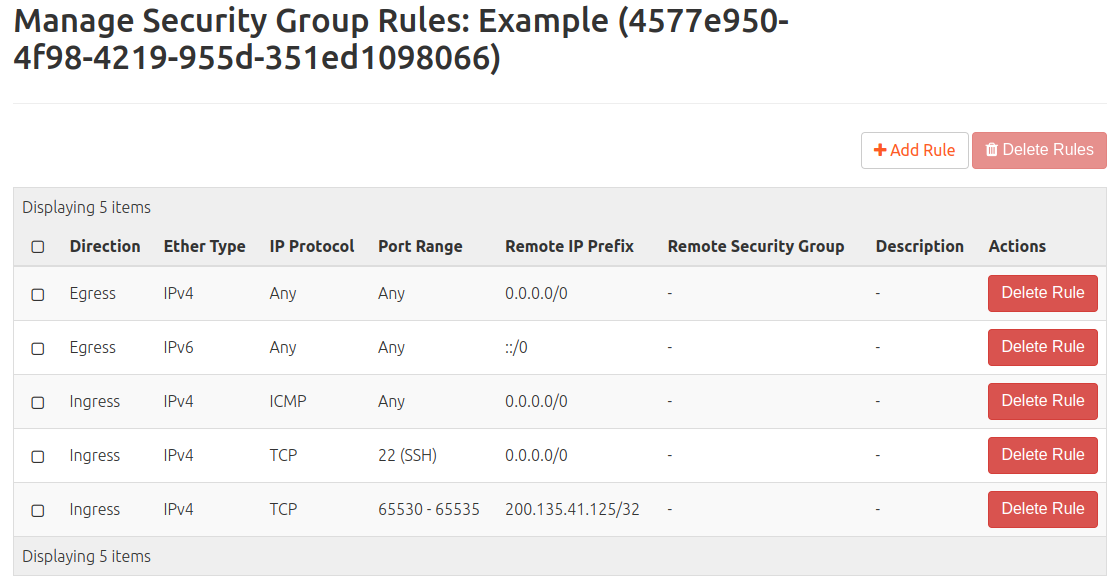